The Anatomy of the Vulva

When we talk about feminine pads, we always mention this area or some of its parts, but for different reasons. It’s very common that there is a certain level of ignorance about its parts and appearance. It also isn’t a topic that's spoken about very openly, since general information is more frequently focused on internal female organs.

In order to know how to take care of your V-zone, it’s really important to first understand its anatomy, like knowing the right way to place a tampon, or learning how to detect signs that something strange is happening.

It’s important to mention that the shape and size may vary in each girl, as well as the features of any other part of the body. These are the differences that make us individual and special beings. By looking at your own body, you will identify what is normal for you.

Technically, the vagina is the tube that’s inside your body, but this term is commonly used to refer to all the parts that make up your intimate area. On the other hand, the vulva is the correct term to define all the external parts of this area. There are many reasons why it’s important for you to know your V-zone. Let’s take a tour! 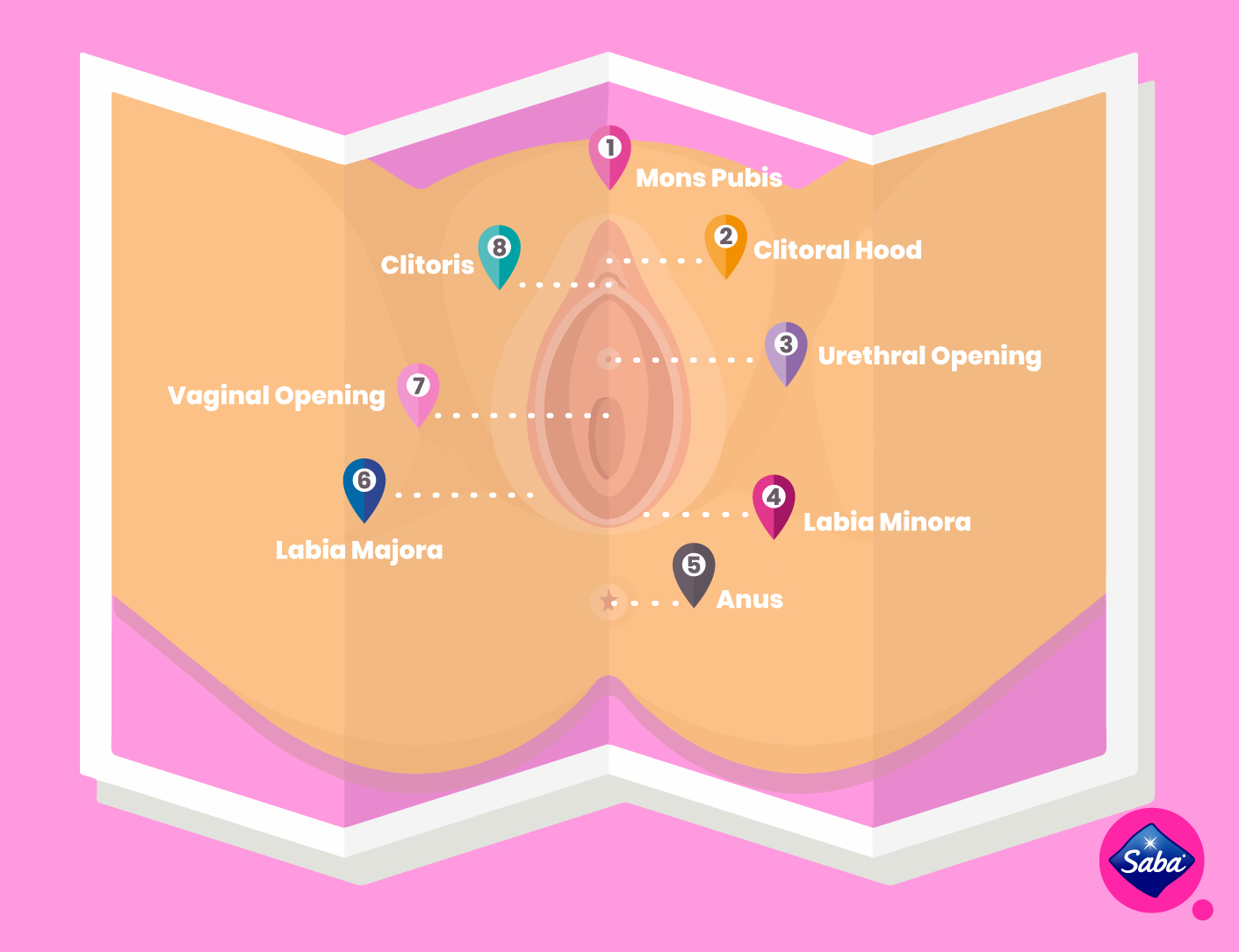 This is also called a "pubic mound." It's a layer of fat that is usually covered with hair after puberty. Being a cushioned tissue that protects the pubic bone, it acts as a shield.

This wrinkle of skin covers the clitoris. It is formed by the union of the ends of the labia minora.

It looks like a small hole just below where the labia minora meet the clitoris. This is where urine comes out.

These are very sensitive and hairless layers. As the labia majora, their appearance is different for every girl. There isn’t a right or wrong shape.

A ring of muscle through which fecal matter comes out and has many nerve endings.

They are covered with hair and cushioned with fat. Also may vary in size and shape.

It's right under the urethra. Around it is the hymen or its remains. It’s such a sensitive membrane that it can be broken even by practicing certain activities or, on the contrary, so elastic that it can remain intact even after an intercourse.

It has about 8,000 nerve endings, which makes it a very sensitive female body part. On the surface it may look very small, but it actually continues into the vaginal area. It extends down and around the vagina, surrounding it in the shape of a hairpin.

What's going on in my brain? view more